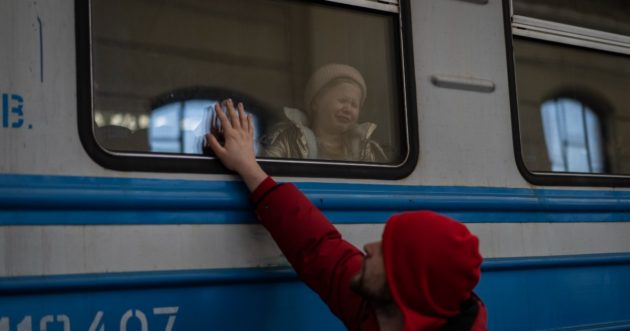 Guterres: “Resilience and courage of the Ukrainians struck”

“I was struck by the resilience and courage of the Ukrainian people, my message to them is simple: we will not give in”. This is what the UN secretary general writes on Twitter, Antonio Guterres, in the aftermath of his mission to Ukraine. “The UN will double his efforts to save lives and reduce human suffering – he added – in this war, as in all wars, it is civilians who pay the highest price”.

I was moved by the resilience and bravery of the people of Ukraine. My message to them is simple: We will not give up.

The @A will redouble its efforts to save lives and reduce human suffering. In this war, as in all wars, the civilians always pay the highest price. pic.twitter.com/dd1OsyzAOb

Russian losses in Ukraine are “colossal”. The advisor to the Ukrainian president said so Oleksiy Arestovych, admitting that Kiev has lost control of some towns and villages in the east, where fighting is intensifying, and that there have been heavy casualties. But the Russian ones are even more serious. Quoted by the agency UNIANArestovuch said that every day the Russians lose a military company.

Helsinki: “On NATO membership it is important to proceed with Stockholm”

Sweden And Finland remain in close contact while considering whether or not to join NATO in the wake of the Russian invasion of Ukraine. The foreign ministers of the two Scandinavian countries underlined this in Helsinki. “It will be very important that Finland and Sweden can take decisions in the same direction and in the same time frame, while fully respecting the independence of our decision-making process,” said the head of Finnish diplomacy. Pekka Haavistohaving met his Swedish counterpart, Anne Linde. Finland and Sweden are both close partners of NATO, but are not part of the military alliance. Since Moscow entered the war with Ukraine, however, polls in the two Scandinavian states have indicated for the first time a majority in favor of NATO membership. The next few weeks are considered decisive in this regard.

Russian missile attacks a Kiev during the visit of the UN secretary general António Guterres they are the equivalent of Putin who shows middle finger. This was stated by the mayor of Kiev Vitali Klitschko quoted by the BBC. Moscow confirmed that it targeted the capital last night, including a missile manufacturing facility. But he did not comment on the attack on a residential building in which a person was killed.

In Odessa a day and a half of curfew

One day and a half. As long as the curfew which will start from 22 on May 1st to Odessa until 5 May 3. This was announced by the military administration.

Volunteer military chief Odessa: “Thank you Italy, we are waiting for fighters”

“There are many volunteers from Italy who are ready to come and fight on the side of Ukraine for the future of the whole democratic world”. Word of the city councilor of Odessa Andrey Vagapov, chief of the Odessa Volunteers’ Defense Battalion. Battle-born and head of the military volunteer training center. “We are waiting for them”, he explains in an interview withAdnkronos, adding that “a full-fledged registration is underway, after which they will be able to join us.” “Thanks Italy!” Says Vagapov and “glory to the Ukrainian people! Together we will win ”, he says, saying that the Ukrainians are“ infinitely grateful to every foreigner who comes to us or who helps us from a distance ”.

A Russian submarine launched Kalibr missiles on Ukrainian military targets since Black Sea. This was stated by the Russian Defense Ministry, according to reports from theInterfax. “The crew of a Black Sea Fleet submarine fired a salvo with Kalibr cruise missiles at previously identified Black Sea ground targets,” the ministry said. This is the first time that the Russian defense announces theuse of an submarine to hit Ukrainian military targets. So far – remember theInterfax – had reported only on operations conducted with frigates, aircraft and missile systems, including those on the ground.

Almost 57,000 Ukrainian refugees fled their country in the past 24 hours following the invasion by Russian troops that began on February 24, bringing the total to over 5.4 million. The data from the UN High Commissioner for Refugees (UNHCR) published today say so. The flow of refugees has slowed very markedly since the end of March, although it has increased slightly in recent days. Women and children account for 90% of these refugees, while nearly two thirds of Ukrainian children have had to flee their homes, including those who are still in the country. Nearly six out of ten Ukrainian refugees (2,992,575 as of April 28) have fled to Polandwhich is home to by far the largest number among European countries. 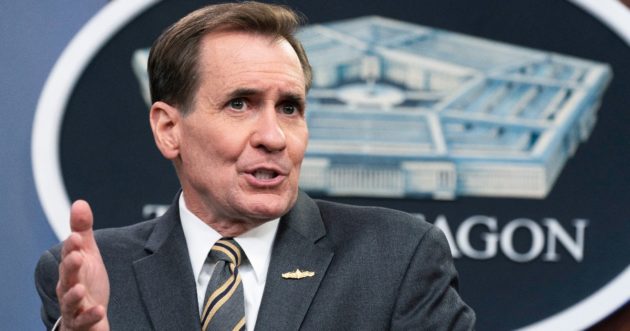 “We ask Americans to don’t go to Ukraine, it’s a war zone. If you want to support the Ukrainians there are other ways ”. The Pentagon spokesman said, John Kirbycommenting on the news of an American contractor killed in battle while fighting alongside the forces of Kiev.

Berlin: “Ready for an oil embargo but better alternative”

“Germany would not oppose an oil embargo, but believes it would be reasonable for there to be an alternative.” This is what the spokesman for the German Minister of Economy and Climate said Robert Habeck. The sanctions must be agreed with the partners, he added, underlining that “energy sovereignty must be regained step by step” and that “we must not be blackmailed on energy