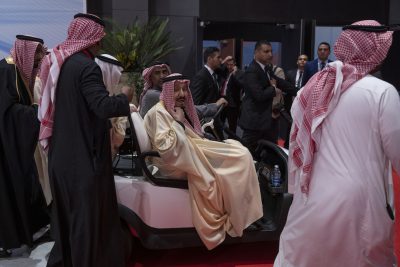 Last week she’s dead the one who was by posting the oldest monarch in the world, Queen Elizabeth II of the United Kingdom. Her considerable age – she was 96 years old – was such that King Charles III, her son and successor, began her reign by already joining the ten oldest monarchs in the world, at 73 years old. Carlo is not even the youngest of the elders, because the co-prince of Andorra, Joan Enric Vives i Sicília, was born eight months later.

Andorra is a very small principality between France and Spain, the sixth smallest state in Europe: it is governed by an almost single political system, a parliamentary diarchy headed by the President of the French Republic, Emmanuel Macron, and the bishop of the diocese Catalana of Urgell, precisely Vives i Sicília.

After the death of Elizabeth II, the oldest ruler in the world is now Salman bin Abdulaziz al Saud (86), king of Saudi Arabia. In truth, the date of birth of the Saudi royals is not certain, but it is known that since the founder of the dynasty, Abdulaziz ibn Saud, died, only his children have gone to the throne, from the oldest to the youngest. The dynasty at the head of the Saudi monarchy is one of the richest in the world because it manages the country’s abundant oil fields, and it is also extremely numerous: it has about 15,000 members, even if most of the power and influence is held by a circle. of “only” 2,000 members.

Salman is still formally king, but in recent years the de facto leader of the country has become his son Mohammed bin Salmancrown prince, accused of being the instigator of many crimes, famously including the murder of dissident journalist Jamal Khashoggi in 2018. Bin Salman is accused he also sent a hitman to Canada to kill a former Saudi intelligence officer.

After Salman, there are three 85-year-old monarchs in the ranking: Pope Francis, who is still absolute ruler of the smallest state in Europe (the Vatican), the king of Norway, Harald V, and the emir of Kuwait, Nawaf al Ahmad al Jaber al Sabah. Norway has been a constitutional monarchy since the beginning of the nineteenth century and Harald V has headed it since 1991. A sports enthusiast and expert sailor, as a young man he was part of his country’s Olympic team in sailing competitions, in three editions: Tokyo 1964, Mexico City 1968 and Munich 1972.

Despite his advanced age, Nawaf al Ahmad al Jaber al Sabah only became head of state in Kuwait in 2020, after the death of the previous emir, his half-brother Sabah al Ahmad al Sabah. Their family has reigned in the country since the eighteenth century, in various forms. Kuwait was the first Persian Gulf country to have a consultative assembly, and while it isn’t really a democracy, the parliament can exercise some power.

Among the octogenarian monarchs there is also a European queen, Margaret II of Denmark. She is 82 years old and she too, like Elizabeth II, was crowned quite young at 32. This year Margaret II celebrates the so-called Golden Jubilee, that is the 50 years of reign: the celebrations will begin in a few days, but following the news of the death of Elizabeth II, the Danish queen announced some changes to the ceremony, although not we still know what kind. With its fifty years, the reign of Margaret II is also the second longest-lived in the world among the rulers still alive: until last week the record was of Elizabeth II, who was also the second longest-lived sovereign ever after. Louis XIV, king of France for over 72 years.

The living monarch with the longest-lived kingdom is Hassanal Bolkiah, sultan of Brunei, a small monarchy on the island of Borneo (Southeast Asia). There was a lot of talk about Brunei in international newspapers three years ago, when Bolkiah himself tried to introduce Islamic law into the country (sharia) which involved things like stoning in the case of sexual intercourse between people of the same sex, only to be done later reverse. Bolkiah has reigned for nearly 55 years and is also on the list of senior monarchs (he is 76 years old).

Finally, the last two oldest monarchs in the world before Charles III and the co-prince of Andorra are two European rulers: the Prince of Liechtenstein John Adam II (77) and Charles XVI Gustav, King of Sweden (76).

– Read also: Which states Charles III is king of

Who are the oldest monarchs in the world now – The Post


Check out our social media profiles and also other pages related to themhttps://prress.com/related-pages/