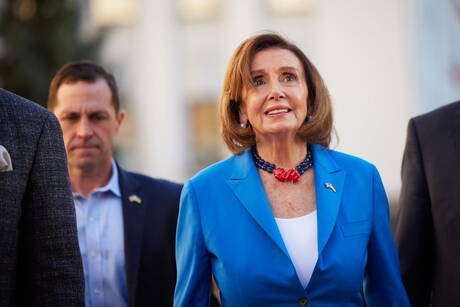 The Supreme Court intends to vote to cancel the 1973 law guaranteeing the right to abortion in the United States. This was revealed by Politico, who obtained an exclusive draft written by Judge Samuel Alito on the opinion of the majority of the essays.

The document is a “total and firm” repudiation of the historic Roe vs Wade ruling. “We believe that ‘Roe and Casey’ should be canceled,” reads the draft entitled ‘Court Opinion’. “It is time to listen to the Constitution and return the issue of abortion to the elected representatives of the people”, the document continues. The draft was drawn up in February, informed sources told Politico. The four Republican-nominated judges – Clarence Thomas, Neil Gorsuch, Brett Kavanaugh and Amy Coney Barrett – voted with Alito, also appointed by Grand Old Party president George W. Bush, in 2005, to abolish the right to abortion. Three Democratic judges Stephen Breyer, Sonia Sotomayor and Elena Kagan are working on a counter-draft, the sources said. It is not clear how Supreme Court President John Roberts, who was also appointed by Bush in 2006 and who is considered a moderate, will side.

Nancy Pelosi against the judges, “they lied to the Senate”
“Many of these conservative judges, who are not accountable to the American people, lied to the US Senate and tore up the constitution.” This is the accusation of the speaker of the House, Nancy Pelosi, about the news that the majority of the Supreme Court, the judges appointed by the Republicans, would intend to vote to abolish the right to abortion in the United States. “If the news is correct, the Supreme Court is poised to inflict the biggest restriction on rights in the last 50 years, not just on women but on all Americans,” Pelosi attacked.

The speaker of the House, Nancy Pelosi

Joe Biden to voters, “it is up to you to defend the right to abortion”
After warning that “we do not know if the draft is authentic or if it reflects the final decision of the court”, the president recalls in a note from the White House that his administration “strongly argued before the Supreme Court in defense of Roe v. Wade. “, based on” a long line of precedents that recognize the concept of the 14th Amendment of Personal Freedom … against government interference with intensely personal decisions. ” Biden specifically cites challenges to laws in Texas and other (Republican majority) states that restrict women’s reproductive rights. And he remembers ordering the Gender Policy Council and the White House Legal Department “to prepare options for an administration response to continuing attacks on reproductive rights and abortion, under a variety of possible outcomes of pending cases of in front of the Supreme Court “. “We will be ready when any sentence is passed,” he promises.

Demonstrations throughout the United States announced for today
Hundreds of people gathered in front of the US Supreme Court overnight to protest after Politico revealed the judges’ intention to vote to abolish the right to abortion. Demonstrations have been announced for today throughout the United States, while a White House release on the issue is expected in the next few hours. “This Supreme Court opinion is horrifying and unprecedented and confirms our worst fears. We will continue to fight to protect the right to access a safe and legal abortion,” said Planned Parenthood President Alexis McGill. 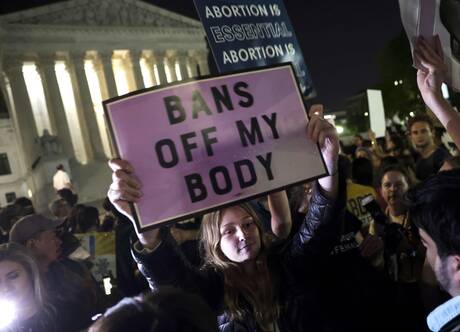 Mitch McConnell against statements by Biden and Pelosi
An attack on the independence of the Supreme Court. Thus the leader of the Republicans in the Senate, Mitch McConnell, comments on the leak of news on the decision of the American wise men on the subject of abortion. An escape called “an escalation of the radical left’s campaign to bully and intimidate federal judges,” adds McConnell, criticizing the “scandalous” statements by President Joe Biden, House Speaker Nancy Pelosi and Senate Democrat leader Chuck Schumer. . “They refused to defend judicial independence and the law. True leaders should defend the independence of the Supreme Court unconditionally,” points out McConnell.

Bill Gates tough on the question, “I’m shocked, so it’s going back 50 years”
“I’m shocked. Turning Roe v. Wade upside down,” the landmark ruling that legalized abortion in the US “takes us back 50 years and will have a huge impact on the weakest women in society.” This was stated by Bill Gates commenting on the draft decision of the Supreme Court on the termination of pregnancy. “I support women’s right to decide,” adds the philanthropist.

The wrath of the left over abortion
“Expand the Court”, expand the Supreme Court to overthrow the conservative majority shaped by the Trump presidency. This is the request of the left of the Democrats in Congress which, as in a tam tam, bounces on social media, relaunching the hypothesis of increase the number of constitutional judges. These, appointed by the president in office, should go from 9 to 13, as envisaged by a bill already presented at the time in the Senate and in the House in order to protect the social achievements of recent decades, such as abortion or gay marriage.

The WHO appeal
The general manager ofWorld Health Organization has launched an appeal for the right to abortion, at a time when the US Supreme Court seems ready to question it. “Limiting access to abortion does not reduce the number of procedures, it leads women and girls to resort to dangerous procedures,” Tedros Adhanom Ghebreyesus said on his Twitter account, not directly mentioning the case that has been shaking the United States since Monday.

Women should always have the right to choose when it comes to their bodies and their health. Restricting access to #abortion does not reduce the number of procedures – it drives women and girls towards unsafe ones. Access to safe abortion saves lives. https://t.co/SdF81B5D1u

Flashmob at the Eurochamber in solidarity of the women of the United States
Over 50 MEPs from different political groups of theEurocamera participated in a flash mob in support of the battle for women’s rights in the United States. MEPs, including Italians Brando Benifei, Alessandra Moretti and Camilla Laureti, from the Democratic Party displayed signs reading “Solidarity with American women. The right to abortion cannot be questioned.” #MyBodyMychoice“.

The reactions of Italian politics
“The Supreme Court of the United States has confirmed that the draft published by Politico is authentic,” said Maria Saeli, treasurer of More Europe. “It is really possible, if not probable, – he continues – that the right to abortion will be canceled. A leap back 50 years. A leap back possible ‘thanks’ to the appointment of three ultra-conservative judges during Donald Trump’s presidency: as if women, their bodies and their freedom belonged to the political equilibrium of the moment and to the will of those who are not even women “. “Rights, unfortunately, are never an established fact. And what makes the difference – concludes Saeli – between a yes and a no is exactly each of us: with our words, with our commitment, with our vote: the difference between progressives and conservatives is all here “.

“The indiscretion that the US Supreme Court intends to vote to overturn the 1973 ruling that guarantees the right to abortion in the United States is just the latest sign of a disturbing obscurantist trend of a strong ultra-conservative movement present not only in the United States, but also in Europe and around the world “. This was declared by the coordinator of the committee for gender policies and civil rights of the M5s, Alessandra Maiorino and the members Alberto Airola, Giorgio Fede, Cinzia Leone and Maria Edera Spadoni. “This – they add – is a thrust present at a global level and we are facing a serious attack on the rights, starting with that of abortion, painstakingly won over the years. Nobody can question the right of choice and self-determination of women who come to terminate a pregnancy. It would be a serious mistake to underestimate the stakes, even in Italy “, they conclude.

WHO, if the right to abortion is canceled, women are put at risk – World