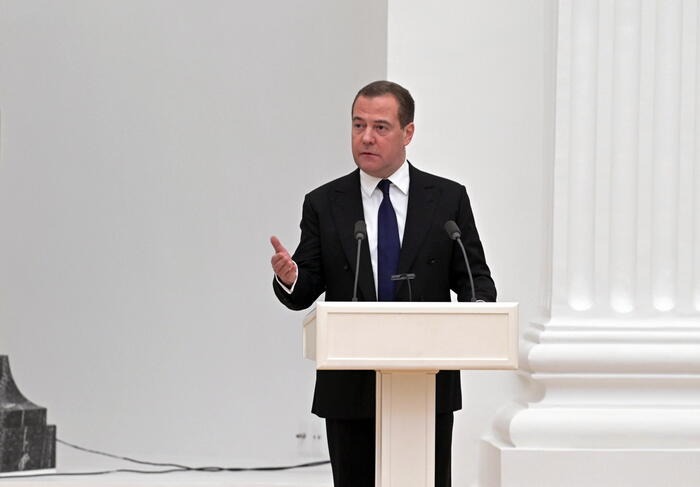 “With temperatures below zero, millions of people are without heating, electricity or water. This is a clear crime against humanity”. This was stated by the Ukrainian president Volodymyr Zelensky speaking on video at the UN Security Council meeting. “We have to lead the world out of this dead end. We need your decisions”, he said to the Fifteen, underlining that “whoever instigates this war blocks any attempt by the Council to carry out his mandate”.

“Vladimir Putin is determined to reduce Ukraine’s energy infrastructure to rubble. He has decided that if he cannot take Ukraine by force, he will freeze the country”. This was stated by the American ambassador to the UN, Linda Thomas-Greenfield, speaking at the Security Council. And reiterating that the US will allocate another 400 million dollars in military aid to Kiev to “resist the Russian attack”.

A Massive Russian missile attack has been launched towards Kiev and the whole region. The alarm was given by the head of the regional state administration of Kiev Oleksiy Kuleba who begged citizens to go down to the shelters, as reported by UNIAN: “Do not ignore the air warning signal. There is a threat of rocket launch in the region. Stay in shelters and safe places,” Kuleba said. Russian missiles have also been fired – according to Ukrainian media – against Odessa and Dnipropetrovsk.

Russia launched “about 70 cruise missiles” on Ukraine today alone. This was announced by the Kiev army.

Due to the decrease in frequency in the energy system of Ukraine as a result of the Russian missile attack, “the supply of the needs of the Zaporizhzhia nuclear power plant from the energy system has been interrupted.” This was stated by the press service of the operator Energoatom adding that the station went into complete blackout mode. “All diesel generators are running. The radiation level at the plant site remains normal,” says the operator, quoted by UNIAN.

In the late evening, one is scheduled urgent meeting of the UN Security Council, requested by Zelensky after the intensification of the Russian raids. The Ukrainian president will address the meeting.

Even in Kharkiv the light has disappeared and electric transport stopped. According to the Ukrainian media, around 14:30, the power went out in different areas of the city after Kiev was bombed by Russian missiles.

“The electrical system is about to collapse. The pace of destruction exceeds that of construction, your help is vital”. This is the appeal that Andriy Yermak, head of the cabinet of President Volodymyr Zelensky, launched via video link to the Eurochamber where the campaign for the purchase of power generators for cities in Ukraine “We are about to face our toughest winter,” Yermak stressed.

Due to Russian missile attacks on Ukraine’s critical infrastructure and the need to conserve electricity, one must prepare for the “worst winter since WWII” why Kiev has not experienced such a “terrible winter” since then. This was stated by the mayor of Kiev Vitali Klitschko in an interview with the German edition of Bild, taken up by Ukrainska Pravda. Klitschko does not exclude that some residents of the capital of Ukraine will have to be evacuated if the situation worsens due to lack of electricity and severe cold.

Ukraine, Zelensky: ‘Other 67 missiles against civilians and infrastructure’

An obstetrician found under the rubble and two doctors, one of whom is in serious condition, were also injured in the attack, the head of the Zaporizhzhia district state administration, Oleg Buryak, told Espreso TV.