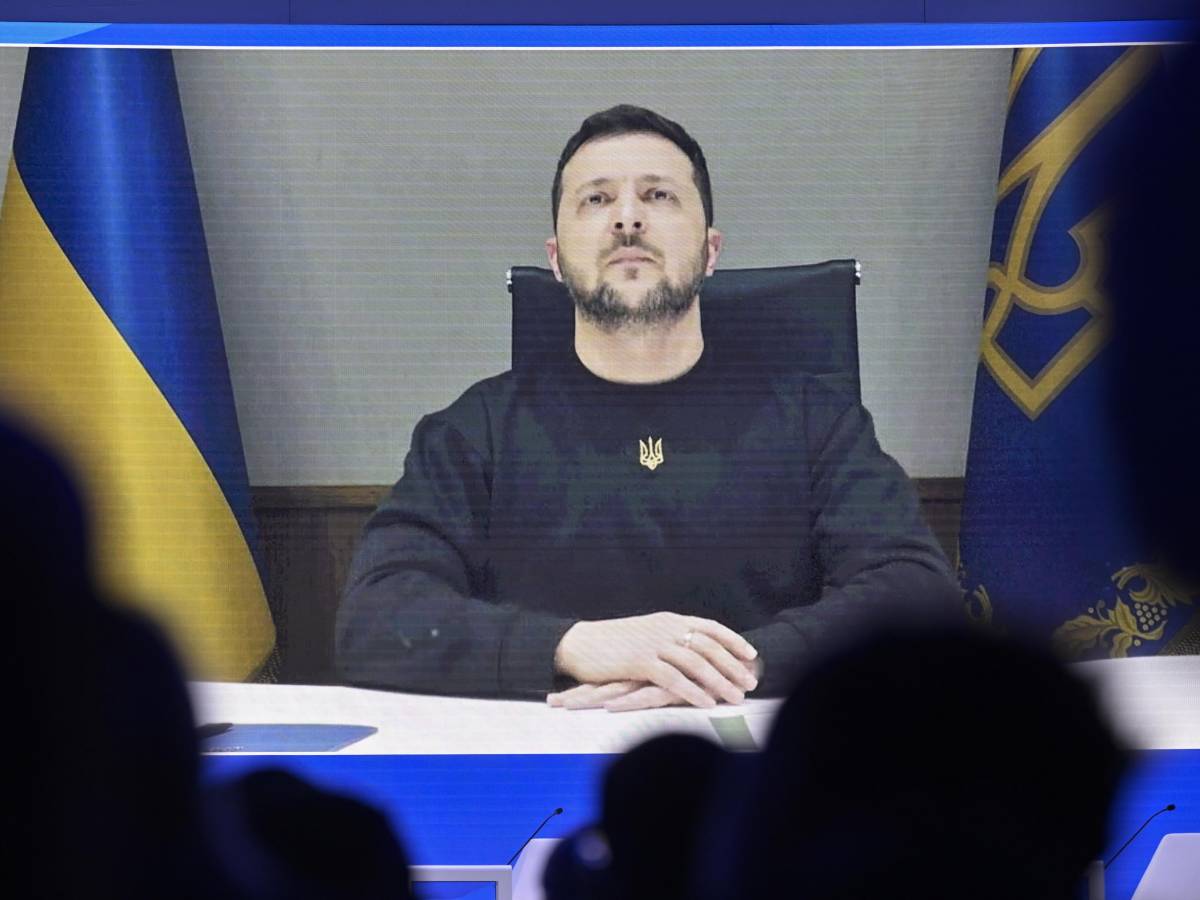 Suspended between the hope of receiving the required weapons and military means and the fear that the Western bloc’s tap might turn off, or at least shrink, for strategic reasons. Volodymyr Zelensky is going through hours of apprehension trying to figure out which path the people will want to take United Statesmain partners of Kiev in the war against Russia.

The meeting between Zelensky and the head of the CIA

L’secret meeting staged last week – the second in just over a couple of months – between the Ukrainian president and the director of the CIA, William Burns, speaks volumes about the underlying dynamics governing the relationship between the United States and Ukraine. The Washington Postwho launched the news, announced that the head of Central Intelligence Agency briefed Zelensky on how the US views the setting of the Russian military plans for the next few weeks and months.

During the meeting, two interesting clues emerged. On the one hand, Zelensky and senior Ukrainian intelligence officials wondered how long thesupport of the United States and the West can move forward, after Republicans have taken over the US House and support for aid to Ukraine has declined in parts of the US electorate. On the other hand, Burns would have underlined the importance of momentum on the battlefield by acknowledging that at some point assistance to Ukraine will be harder to get.

Military analysts predict that a surge in fighting in spring could determine the trajectory of the war. The big question will concern how the two armies, the Russian and the Ukrainian one, will arrive at the crucial rendezvous. Kiev hopes to continue receiving all the necessary support, although it would be less confident than last spring about the prospects for the adoption by the Congress of the next maxi assistance package.

Meanwhile, away from the battlefield, Republican hawks in the United States continue to favor arming Ukraine. But other conservatives have nonetheless said they want to drastically cut the US spendingespecially the billions of dollars earmarked for the war effort.

The war in Ukraine

Meanwhile, Russian forces are staging a massive assault near the eastern city of Bakhmut. An assault which, among other things, is causing many victims among the ranks of both sides and forcing Ukraine to weigh its resources, waiting to prepare a possible, large, counter-offensive in other parts of the country.

The two armies are thus locked in an intense war of attrition in eastern Ukraine. In the last few hours, however, Russia has claimed progress in the region Zaporizhzhia, where the front would be mobile. “The front is mobile, especially in two directions: Orikhiv and Hulyaipolis‘Vladimir Rogov told the Russian news agency Ria Novosti. “The initiative is in our hands“.

The two towns, which each had about 15,000 inhabitants before the war, are located respectively 65 and 100 kilometers southeast of Zaporizhzhia, the capital of the Oblast of the same name, controlled by Kiev. In its morning bulletin, the Ukrainian military only indicated that, on Saturday, “sMore than 15 localities were targeted by Russian artillery” in the region. Already yesterday the Russian army had claimed “offensive operations” in Zaporizhzhia Oblast, claiming to have occupied “advantageous lines and positions“.

Mykonos, 500 euros for four drinks and a snack. "We cheated and surrounded by waiters"
US risks contraception and gay unions after abortion: the conservative judge's threats on civil righ...
Shaman, the elite battalion with which the Ukrainians conduct sabotage on Russian territory
Tweet
Share
Share
Pin